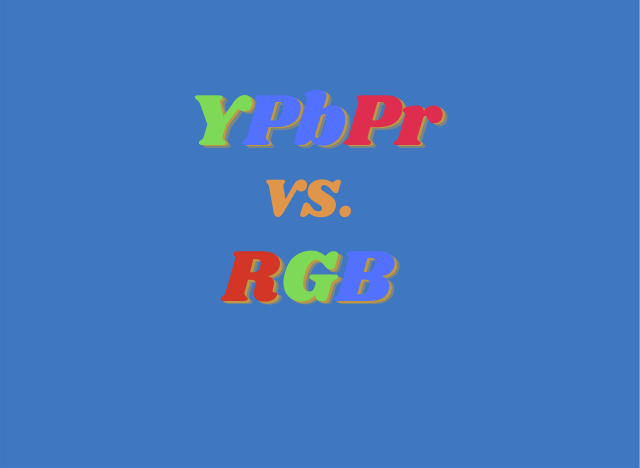 You have it difficult trying to understand what YPbPr and RGB are. It is understandably confusing, especially when you do not have any prior technical knowledge. In this article, we try to make it as simple as possible. Let us explore what color spaces and video signals are, particularly comparing YPbPr vs. RGB.

In simple terms, RGB is a color space describing the image in the percentage of red (R), green (G), and blue (B)., the primary colors. Various standards define the 100% levels of these colors, although slightly different. One thing to remember about RGB is all cameras, and displays use it as the native data format. 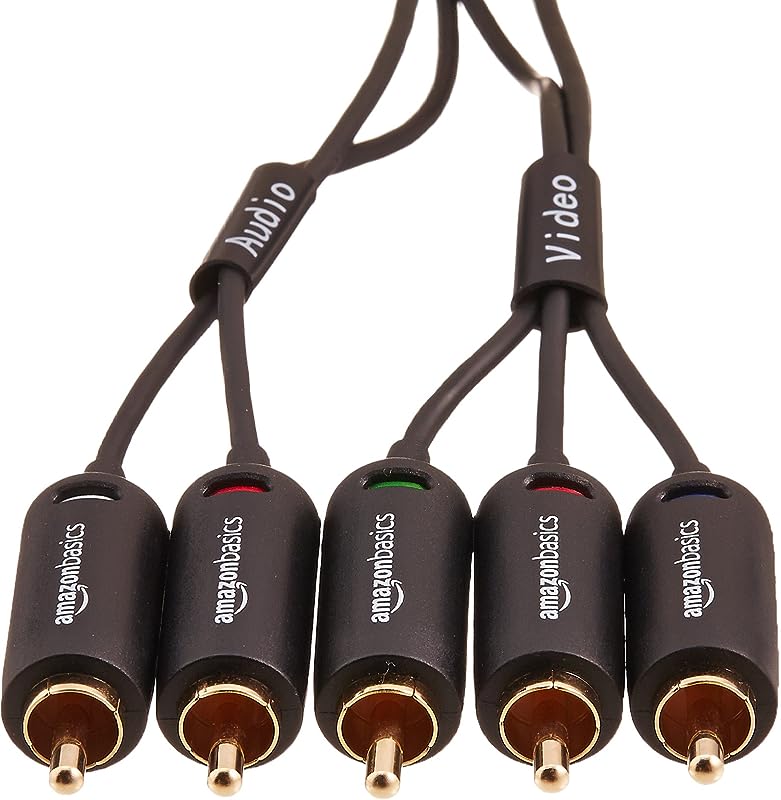 Comparing YPbPr vs. RGB, you will see that there are considerable similarities and differences. Both are color spaces, but if you want clear picture quality, YPbPr is the ideal option. It is because of how the color signal is separated. You can learn more about these two by understanding the different concepts and terms related to it.

On that note, let us talk about analog component video and color spaces.

What is Analog Component Video?

The process in which a video signal is reproduced on a display device is straightforward. However, the numerous signal sources make the process complicated than it should be. If you don’t know, VHS, DVDs, video game consoles and computers use different ways of storing, processing, and transmitting video signals. That makes the process complicated as it is, but more so given the fact that these devices offer more than a single signal option.

There is a way, of course, to maintain signal clarity. One such method is to separate the video signal’s components. This way, the components no longer interfere with each other. Separated signals are what you call component video. Both RGB and YPbPr are component video signals, made of two or more separate signals. There are different cables used to transmit these signals with RCA connectors being the most common for analog component video.

What are Color Spaces?

Color space or color model is a system used to describe color in numbers. For digital media like laptops and cameras to use colors, it must be in numbers since they can only understand numbers. Thus, the color spaces are there to provide a set of rules that allow digital media to describe and use colors. RGB is one of the most commonly used color space, often in camera, displays, and scanners.

As a result, three colored images go to different sensors. They generate three different video signals that carry red, green, and blue picture information. These are the three Red, Green, and Blue video signals, otherwise called RGB video. As mentioned before, RGB is the purest form of the color video signal for analog.

These three colored signals are what make up the picture when you capture an image through a camera or scanner. But to make that picture, the timing information is also necessary. The timing information and the video signals are part of how TV picture appears as if it is a continuously moving picture. The truth is it is a series of still pictures, known as frames, that make it look like it is moving.

The pictures change 25-30 times in every second. Because of how fast the images change, it looked as if the pictures are moving to human eyes. Another thing to know about TV pictures is that numerous horizontal lines, around 525 to 625, make up every frame. For you to see the image, these lines and frames must be in sync. It is why the timing signal is known as vertical sync (V) and horizontal sync (H).

Analog component video standards in RGB do not use compression. They also do not impose any real limit on resolution or color depth. However, they need a large bandwidth for carrying the signal. These RGB analog component video standards also come with plenty of redundant data. The reason being every channel still usually includes a lot of black-and-white images. In the past, computers use this signal through a VGA port.

RGB does not only need red, green, and blue color signals. It also needs two more signals for the video display to sync. These signals are those mentioned before – the horizontal and vertical signals. Below are the different ways these signals are synched with RGB:

The two other signals can be synched in what is called composite sync, in which both the signals are combined on a single separate wire. It applies in the RGBS (S for separate wire) component video standard.

Another method for synching for the horizontal and vertical signals is called separate sync, known as RGBHV (H for horizontal and V for vertical). In this method, each signal comes with their own separate wire.

In this method, the wire that transports the green signal is overlaid with the composite sync signal.

In this method, they overlaid the composite sync signal either on the wire transporting the blue signal or the wire that transmits the red signal.

It is different than composite sync. In this synching method, the signal normally for composite video is combined with the RGB signal. It is done simply for synching.

In this method, they use S-Video’s Y signal together with the RGB signal just for synching.

Here is a video that explains what RGB is.

Where is RGB Used?

You will often see RGB video used in domestic equipment in many countries, besides Europe. Instead, they use SCART to connect DVD players, displays, and set-up boxes. Many DVD players can deliver RGB video but often must be enabled first. Take note, however, that for this video format to show, the display must be capable of receiving RGB video, though not always the case. It is also commonly used when you connect your laptop to a display. Projectors and flat screens usually accept RGB. They even have separate timing signals (H and V syncs).

What Type of Plug Carries RGB?

The standard VGA plug carries RGB. Also known as Video Graphics Array, you use it to connect computers to monitors, even to this day. The plug has 15 pins, which also carries the RGB signals plus separate H and V syncs. With this, the computer can produce the best quality analog color signal. However, VGA only takes video signals, not audio for which you need separate cables.

While both RGB and YPbPr are color spaces, the latter is a title or another name for analog component video signals. It represents the three separate cables “Y,” “Pb,” and “Pr.” They play a significant role in maintaining the quality of video signals by separating them into three. The YPbPr signals come from the red, green and blue colors of RGB. They are converted into two-color difference signals called B-Y and R-Y and brightness for TV or video.

It is the analog counterpart of YCbCr, which is used in digital. Manufacturers usually call YPbPr component video but know there are various types of component video. Some of them are in different forms of RGB, the raw format. Unlike YCbCr that uses only a single cable, YPbPr uses three cables. These separate cables are in reference to the three components of YPbPr after it’s converted from RGB.

The three components of YPbPr are Y, Pb, and Pr. They are:

The Y component carries the luma, also known as brightness or luminance. It also carries the sync information. In color television, Y represents intensity but that of the component colors’ composite.

The Pb component transmits the difference between blue and luma.

The Pr component transmits the difference between red and luma.

As for the green signal, there is no need since this signal can come from the red, blue, and luma information.

After comparing YPbPr vs. RGB, now you understand what these two are. RGB being the form of the analog color video make it so that processing and storing it is not easily done. But with YPbPr, there is enough separation of the picture information color multiplexing. It then results in an extracted image with a quality that is almost the same as the pre-encoded signal.