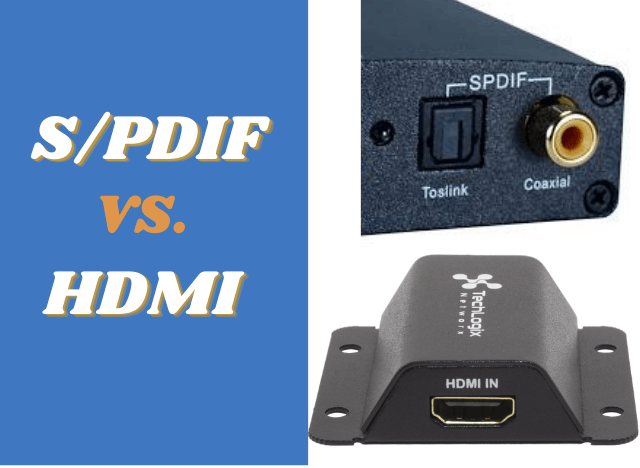 Because HDMI cables can deliver audio as well as video, they’re also used for connecting media sources to AV receivers and the like, making it a viable competition against S/PDIF or SPDIF and optical/TOSLINK cables as well. HDMI cables are all-around devices that can outdo its SPDIF counterpart in certain respects, but you shouldn’t underestimate the value of a SPDIF connection either. You can’t always default to using HDMI for everything, especially when SPDIF is instead available.

When it comes to SPDIF vs HDMI, it’s mostly a debate regarding sound connections instead of one concerning video connections. In particular, HDMI is fast becoming the de facto connection for soundbars, speakers, and AV receivers versus SPDIF or even TOSLINK the same way it took HDTV by storm.

SPDIF or S/PDIF refers to the Sony/Philips Digital Interface. It’s a type of digital audio connection standard used in consumer audio appliances and equipment for short-distance audio output. Ostensibly, it was developed through the combined forces of Philips and Sony. The signal is supposed to travel over a fiber optic cable with TOSLINK connectors or a coaxial cable with RCA connectors. SPDIF interconnects components in digital hi-fi systems such as home theaters with AV receivers. 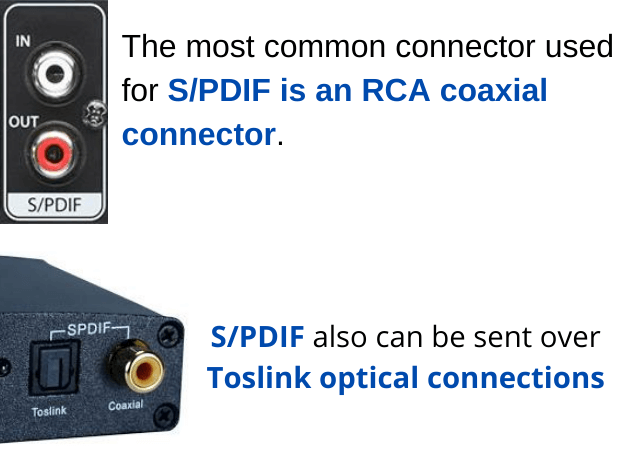 The most common connector used for S/PDIF is an RCA coaxial connector. S/PDIF also can be sent over Toslink optical connections.

Furthermore, the standard is based on AES3 Interconnect. It also carries 2 channels of compressed 5.1 or 7.1 surround sound like the one found in the DTS audio codec or uncompressed PCM audio for the highest quality and clearest sound possible without any distortion, audible pop, or scratchy static whatsoever that is reminiscent of the sound you hear when you’re frying something in oil. It does have limits though, like its inability to support lossless surround formats. Those formats require a larger amount of bandwidth than what S/PDIF can provide.

High-Definition Multimedia Interface or HDMI is a propriety A/V interface and connection standard. It’s the de facto standard for the transmission of uncompressed video data and uncompressed/compressed digital audio feeds from a source media device that’s HDMI-compliant. These devices could be any range of appliances, such as a digital audio device, AV receiver, digital television, HDTV, video projector, compatible computer monitors in lieu of VGA connections, and so forth. 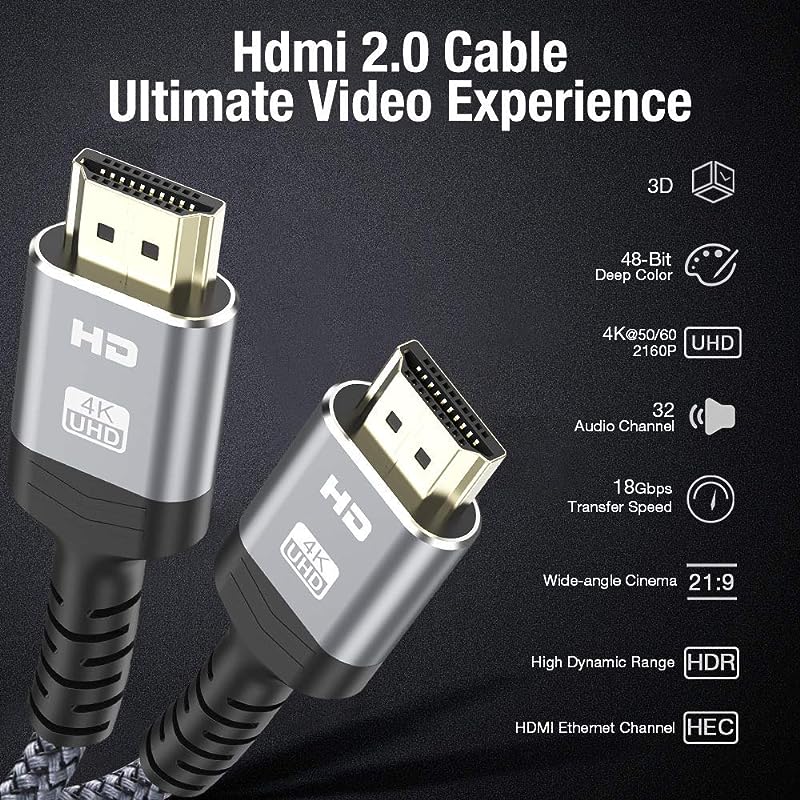 Because it’s the current standard for HD streams and content that has outdone its peers DVI (Digital Visual Interface) and DP (DisplayPort), expect there to be a whole load of HDMI converters that allow you to play source media of an older vintage on an HDTV. For the purposes of this article, we’ll be covering the audio aspect of HDMI connections and HDMI cables, since they’re capable of transporting uncompressed or compressed LPCM audio along with video formats, waveforms, auxiliary data, and VESA EDID implementations in accordance to EIA/CEA-861 standards.

HDMI versus SPDIF: How Do They Compare?

Let’s now discuss the nitty-gritty of this article, which is how HDMI connections for audio use compare to the S/PDIF audio linkage standard. When hooking up your audio system for your computer, HDTV, cable/satellite box, DVD/Blu-ray Disc player, and so forth, you usually use an optical digital-audio connection or an HDMI cable since that can carry sound just fine on its own.

SPDIF optical digital audio and HDMI connections are your two main choices when connecting your AV receiver or soundbar to your source media. Which standard is better? Which is worse? Which is better in certain applications and worse in others? Keep on reading. 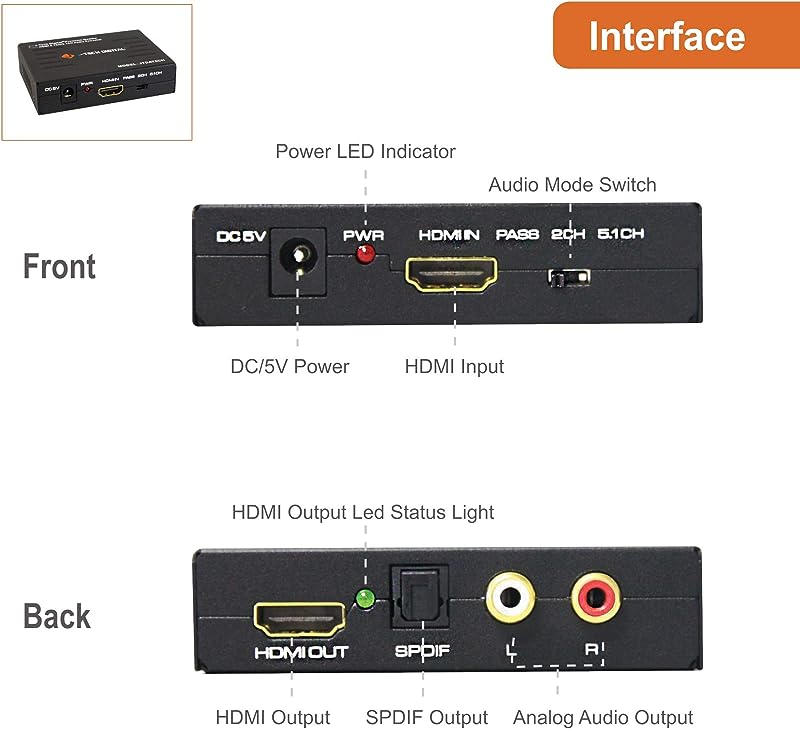 HDMI doesn’t only compete against video standards from the past to the present. It’s not only comparable to its competition, DisplayPort or DP (successor), and DVI (a predecessor). It’s not only the current HDTV A/V standard comparable to VGA (computers) and component video/S-video/composite standard (analog TV). It’s also comparable to the world of audio connections, stereos, AV receivers, and home theaters. HDMI offers the best of both worlds in terms of high-definition video and high-fidelity audio with every new specification released for it.

Both S/PDIF and HDMI have their respective pros and cons, so in regards to which is better, it’s ultimately a question of application and/or circumstance. Which connection type is more practical, affordable, or available? That’s how you determine which connection standard to go for when push comes to shove. For example, while HDMI is objectively better quality-wise, when dealing with vintage electronics it’s more practical to use optical cables over a SPDIF connection versus using adapters to shoehorn HDMI cables into the mix.