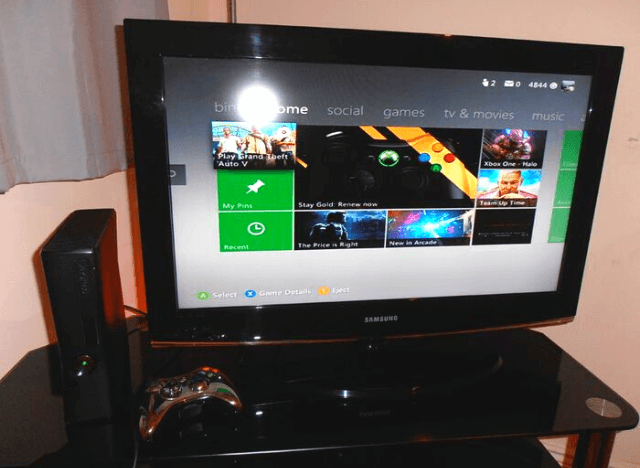 How do you connect your Xbox to your TV? Well, which Xbox are we talking about? The first and original one? The Xbox 360? The Xbox One? Or the Xbox X-Series and S-Series? Your connection cable will range from RCA composite to HDMI.

There are different ways to connect different Xbox types to your TV. It’s best to match the right era of the television set to the same era of Xbox for the best results. However, it is possible to connect any generation of Xbox to a modern HDTV with an HDMI-In port as long as you have the right HDMI adapter.

If you want to know how to connect Xbox to TV then you need to specify which Xbox you’re talking about. Most people are interested in setting up their Xbox One although the X-series or S-series are currently available in retail.

How to Connect Xbox to TV

The original Xbox from 2001 should link its AV, RCA, S-video, or component video connections to 2001 era television sets. The Xbox 360 from 2005 still has the same analog AV connections for 2005-era TVs but it can use HDMi adapters for modern-day TVs.

It helped that the Xbox 360 kept being popular until 2016. Meanwhile, the Xbox One outright has an HDMI connection for HD gaming. Ditto with Xbox Series X/S, but you can actually use premium HDMI cables to allow for Ultra HD 4K gaming.

Let’s now specifically discuss how to connect the current generation Xbox in 2022—the Xbox One—to an HDTV. The successor of the Xbox 360 remains a top console of its generation.

How to Connect Modern Xbox Consoles to Modern TVs

To connect your Xbox One and Series X to your TV, you mostly need the HDMI cable. Unlike the original Xbox and the 360 with their AV connections that require adapters for HDTVs, the Xbox One is made for modern HDTVs and smart TVs.

Turn on the HDR Settings on Your Xbox for Good Measure

If you have a UHD or Ultra HD 4K television flatscreen, the Xbox One should detect the fact automatically. It will then ask you if you wish to turn on 4K mode. You can also activate 4K manually in case you’ve initially skipped or missed this prompt.

To do the manual 4K switch, do the following.

Check That the Input Signal Plus Settings is Activated

Your TV should activate the “Input Signal Plus” settings automatically once it’s connected to your Xbox One. However, in case it’s not turned on, you can turn on such settings manually by doing the following actions.

What to Expect Out of the Xbox One

Announced back in 2013, the Microsoft Xbox One in 2022 has kept up against the Nintendo Wii-U and the Sony PlayStation 4 with its own share of popular FPS games. Its main claim to fame is 4K UHD gaming, with it helping define true high-quality gaming even before the X-Series came about.

It’s also marketed by Microsoft by an “All-in-One Entertainment System” right off of the heels of the PS3 and its successful attempt to popularize the Blu-Ray format with its existence and its built-in BD drive.

How do I connect my Xbox One to my TV?

How to connect Xbox One to TV via HDMI

Why isn’t my Xbox connecting to my TV?

Can I connect my Xbox One to my TV wirelessly?

Can I watch TV through my Xbox One?

With a Cable or Satellite Subscription: If you have cable or satellite TV service, you can connect your Xbox One to your cable box. You hook everything up so that the Xbox One can control your cable box by sending infrared signals, and you can watch TV directly on your Xbox One.

Why is my Xbox on but no picture?

Why is my TV not picking up HDMI?

Make sure the TV and source device are both turned on, then disconnect the HDMI cable from one of the devices and then connect it again. If your TV supports HDMI Enhanced Format, and the source supports 4K, turn on the HDMI Input Enhanced setting to receive high quality 4K signals from the source.

What HDMI is Xbox One?

Note The HDMI input on the Xbox console is an HDMI 1.4 port and can’t carry a 4K signal. This means that if you have a 4K set-top box (STB) for your cable or satellite TV, you should skip this step and instead plug your STB directly into your TV if you want to get the most out of live TV.

Does an Xbox One have Bluetooth?

Note The Xbox One console does not feature Bluetooth functionality. You won’t be able to connect your headset to the console using Bluetooth.

Do you have to use HDMI for Xbox One?

The Xbox One’s only output jack is the HDMI port. Therefore, if you’re using the Xbox One at all, it must be “with HDMI.” What you can do, is use an adapter to plug your HDMI cord from your Xbox into a VGA port, or DVI port.

The Xbox Series or Xbox One black screen of death comes when the console fails to connect to online servers. So, ignoring the connection may solve the issue and handle everything normally. However, this is a temporary solution. Once you’re in this state, you’ll need to perform an offline update of the time.

What do you do when your Xbox One has a black screen?

Why does my TV say no signal when HDMI is plugged in Xbox?

Make sure that the HDMI cable is in the HDMI-OUT port on the Xbox One console. Try a different HDMI port. It’s entirely possible that an HDMI port on your TV could be broken or damaged. If you have additional HDMI ports on your television model, try plugging the HDMI cable into each of them to see if they work.

Why is the TV saying no signal?

Overview. A “No Signal”, “No Source”, or “No Input” message will appear on your TV screen if the TV is not receiving a signal from your TV box. This is often a result of either the TV box being powered off, not being properly connected to the TV, or the TV being set to the wrong input.

How do I enable HDMI on my TV?

Switch to the HDMI source on your TV.

Use the SOURCE or INPUT button on your TV or remote to select the HDMI port. You’ll usually have to press it a few times until you reach the right port number. Once you reach the correct source, you should see the device’s image on the screen.

How do I watch HDMI on Xbox One?

Turn your Xbox One off, and turn it round. Look at the back and you’ll see an HDMI port labelled “HDMI In”. Get the device you want to use, whether it’s a console or Blu-Ray player or whatever. Get an HDMI cable and plug one end into the HDMI out socket on the device.

What cords do you need for Xbox One?

What You Ultimately Need to Know

Although the Sony PlayStation 5 is such a hot seller that it remains out of stock to this day (except as far as scalpers on eBay or Craiglist are concerned) and Nintendo has released a hybrid portable and home console to carve out its own niche, the future of the Xbox console remains bright.

After all, Microsoft has recently made tactical company and developer purchases to ensure that the best and the brightest in the videogame industry have exclusivity deals for its Xbox Series X and Series S console for the foreseeable future.