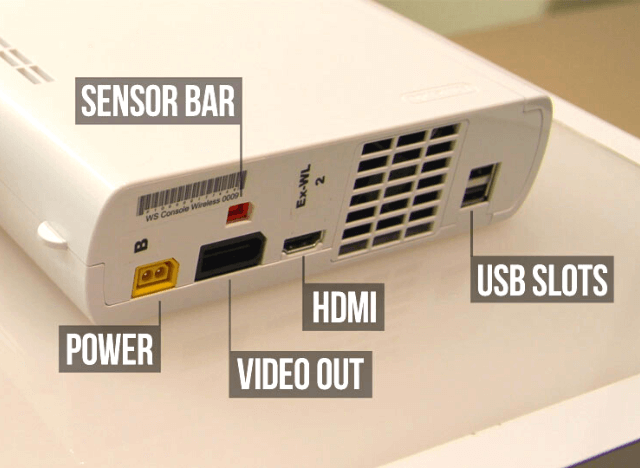 The Nintendo Wii-U might have seemed too similar to the Nintendo Wii for casual consumers, but it did deliver its own share of indie games and emulated classics as well as quality first-party titles. Let’s now learn how to connect the Wii-U to your TV!

Released in 2012, the Nintendo Wii-U was supposed to be the backward-compatible successor to the highly successful Wii of 2006. However, it underperformed with sales of 13 million units. It’s the lowest-selling console of the 8th generation of game consoles.

When compared to the huge successes of the Sony PlayStation 4 and Microsoft Xbox One, the Wii-U ended up in third place of a race of three.

How to Connect Wii-U to TV?

You have three types of cable to use when connecting your Wii-U to a television set. You have the Wii component video cable, the Wii AV cable (RCA), and the HDMI cable. Use whichever connection standard offers you the best quality and whichever ports are available on your TV.

Afterwards, place the Wii-U console at least 4 inches or 10 centimeters away from surfaces like walls that may block its ventilation. Also, turn your TV off for now. From there, connect the HDMI/AV/component cable to the same port found on your HDTV.

Connect the other end to your Wii-U console then turn your TV on. Switch to the input you used (either HDMI1/2 or AV1/2) in order to get to the Wii-U home screen. You can start gaming from there.

What Does the Wii-U Bring to the Table Compared to the Wii?

The Wii-U had its share of successes, like validating the independent gaming scene and helping progress the retrogaming scene. Its GamePad controller allowed for some interesting and creative gameplay decisions.

It might be one of the lower-selling consoles of Nintendo—even the NES and SNES did better than it—but its GamePad gimmick does combine portable and home console gaming in ways reminiscent of the Switch.

The Wii-U was All About the GamePad

At the time of its release, the Wii-U was considered a strange beast of a console. Like with the Wii and its motion controls, Nintendo gambled hard on the GamePad. However, this time their gamble didn’t pay off.

People thought the Wii-U was an accessory released for the Wii (think the Sega CD or the Sega 32X linked directly on a Sega Genesis) rather than being a standalone console.

How was the Wii-U Received at the Time of Its Release?

At the time when the Nintendo Wii-U was the newest game machine of Nintendo, expectations rode high because in the 7th generation of game consoles, the Nintendo Wii managed to beat the PlayStation 3 in sales by about 20 million by the end of their life cycle.

How do I hook up my Wii to my HDMI TV?

There are many adapters that allow you to connect your Wii to an HDMI port, by plugging directly into the console. This makes adapters like the Portholic Wii to HDMI Converter easy to use. Connect the HDMI adapter into the back of your Wii. Then insert your HDMI cable into the adapter.

Why won’t my Wii work on my TV?

Can you convert AV to HDMI?

Fortunately, this can be accomplished relatively easily through the use of an AV-to-HDMI converter. Converter hardware typically takes the form of a portable hardware box with AV-input and HDMI-output capabilities.

Is Wii to HDMI good?

Despite having a lower price tag, the build quality of the adapter is decent and offers excellent audio/video output. That said, the adapter has a 3.5mm jack, and works flawlessly with TVs and monitors having up to 1080p screen resolutions.

How do I connect my old Wii to my LG Smart TV?

How do I connect my Wii to my LG Smart TV?

What are the USB ports on the back of the Wii used for?

Usefully, those two USB ports can come into play again: simply plug in a USB keyboard and you can type away on Hotmail or Google Mail to your heart’s content. As you may already know, the Wii Photo Channel lets you take photos from a digital camera’s SD card and draw on them or turn them into jigsaws.

What cables does a Wii need?

Just connect one to your Nintendo Wii, hook up a HDMI cable and plug it into your TV. View the output on the HDMI channel using Input Select on your TV remote.

How do you hook up a Wii to a TV without AV cables?

If you’ve been wondering how to connect your Wii to a TV without the AV cables, this is the answer. Just connect one to your Nintendo Wii, hook up a HDMI cable and plug it into your TV. View the output on the HDMI channel using Input Select on your TV remote.

Does AV to HDMI work for Wii?

Why is Wii blurry on HDTV?

Some Wii software supports a 480p progressive output that displays at an enhanced quality compared to the standard 576i display. To view Wii display output in 480p, you must change your Wii’s TV Resolution setting from 50Hz (576i) or 60Hz (480i) to EDTV/HDTV (480p). Confirm your selection once it’s complete.

Can you connect a Wii with a USB cable?

Does Wii have a USB? The Wii console has 2 USB ports. … Please note that the Wii LAN adapter needs to be connected directly to the Wii console’s USB port or to a self-powered USB hub.

How do you hook up a Wii to a RCA flat screen TV?

How To Connect Nintendo Wii to TV

Do they still make Wii remotes?

The Wii Remote, also known colloquially as the Wiimote, is the primary game controller for Nintendo’s Wii home video game console.Wii Remote Plus.

What can you do with an old Wii?

Awesome Things You Can Do With an Old Wii

Does Wii U have Bluetooth?

The Wii U does use Bluetooth for it’s peripherals but there is no interface for use outside of first party products. If you need to get audio directly from the console you could try use the AV out on the back if you have Wii component cables laying around.

Can I connect my phone to Wii?

What source is Wii on TV?

Insert the AV Multi Out plug on the Wii AV Cable into the AV Multi Out connector on the back of the console. Once the cables are inserted and the Wii console is powered on, you must find the Input Select for your TV to view the game.

Where Do You Go From Here?

The Wii-U might be a mixed bag when compared to the huge success of the Wii, but the Wii-U’s backwards compatibility, emulation of older consoles, and plethora of retrogame re-releases added more to its replay value compared to the deluge of shovelware that buried its predecessor.

In term of connecting the Wii-U to TVs, it’s one of the easier ones to do so because it has AV RCA, component video, and HDMI ports available, which covers a wide range of TVs you can connect it to (from CRTs to HDTVs as well as smart TVs).