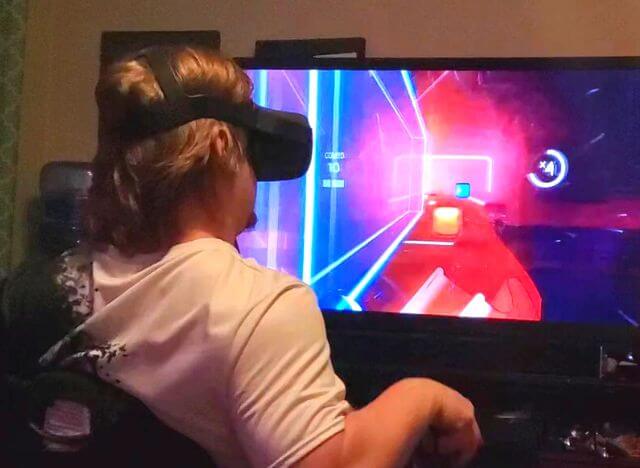 Virtual reality (VR) has advanced by leaps and bounds from the days of the infamous flop known as the Virtua Boy (which wasn’t really very VR-like). You now have the Oculus Rift, Oculus Go, and the Oculus Quest as a quality VR headset developed by Oculus, a Facebook Inc. division.

Oculus Quest is a great way to get into virtual reality (VR), but you might want to share your experiences with others by connects it to a TV. Here’s how: Make sure your Quest headset and TV are connected to the same Wi-Fi network. Put the Oculus Quest on and power it on. Press the Oculus button on the right controller. Select the pink Share icon. Select Cast. Select your TV. Now anyone in the room can see what you’re seeing in VR, and some games even support co-op or multiplayer experiences with one person in VR and others watching on the TV. Just be aware that not all Quest games support TV play, so you’ll need to check before trying to play something specific. Enjoy! Read more here.

The Oculus Quest was released back in May 21, 2019 and has made waves since.  If you wish to know how to connect oculus quest to tv, just read the instructions below.

How to Connect Oculus Quest to TV

Casting with the Oculus app is straightforward, and you can use any HDTV with a built-in Chromecast app or use a Chromecast device that’s plugged into it in order to do streamcasting. Yes, it’s necessary to have Chromecast involved for this to work.

Instead of using HDMI cables or whatnot to display your Oculus Quest’s 3D video or super-immersive games like “Super Hot” onto your television, you can connect the display to the TV wirelessly by phone streamcasting instead.

Using Chromecast and Phone to Streamcast Your Oculus Quest’s Display

To connect Oculus Quest to a television set, you need to use your phone to streamcast it to your HDTV or smart TV. To make this work, you need to ensure that your smartphone is on the same Wi-Fi network as your Oculus Quest headset.

You also need to link the headset to your phone by downloading the Oculus app for good measure. 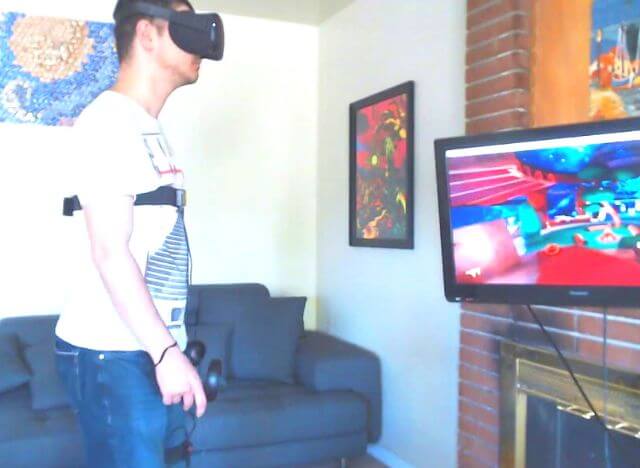 Using Your Headset to Cast Oculus Quest Display to Your TV

Instead of using your phone to activate Chromecast’s streamcasting feature, you can instead use your headset to do the same thing. To wit:

What is Oculus Quest?

Similar to the Oculus Go—its predecessor—the Oculus Quest is a standalone VR headset that can run software, games, and video you can explore in an immersive stereoscopic 3D manner. It’s different from the Oculus Rift in that it works wirelessly under any Android-based operating system.

It also includes the following features: 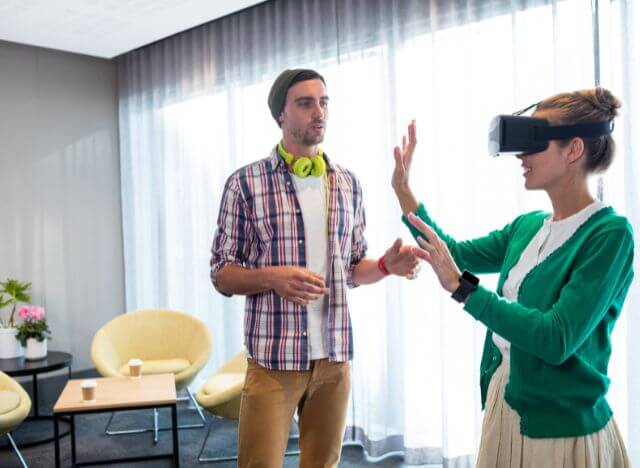 The History of Oculus Quest

Facebook CEO Mark Zuckerberg unveiled that the Oculus Company is working on a standalone VR headset with “Santa Cruz” as its codename back in 2016 at the Oculus Connect 3.

What More Can Be Said?

This allows you to engage VR in a more social setting, which includes friends and family. You can play Resident Evil VI or VII as well as Resident Evil II and III (remakes) for the Oculus Quest. It’s like having your own real-life audience while you do a Let’s Play.