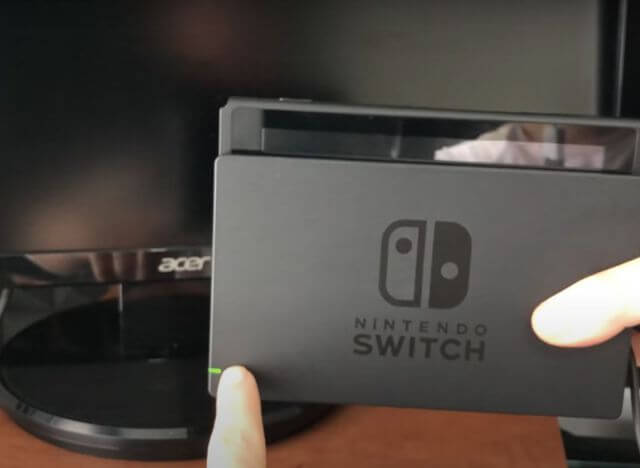 Despite the initial success of the Nintendo Wii becoming the best-selling Nintendo console of its time, it eventually succumbed to low player engagement and stacks of third-party shovelware later on its life. This also spelled doom for the Wii-U, which seemed like just another Wii.

Thankfully, the hybrid console Nintendo Switch came along and revitalized Nintendo’s standing among gamers! If you want to know how to connect nintendo switch to tv then just keep on reading and find out the truth below. It’s a fairly easy thing to do with modern TVs.

How to Connect Nintendo Switch to TV

To connect your Nintendo Switch to your TV, get your Switch’s dock, open its back cover, plug in your AC adapter, connect the HDMI cable connector on the dock’s HDMI output, connect the other end to your HDTV’s HDMI input, place your Switch on the dock, remove Joy-Cons, and wake up the Switch.

From there, go to the settings of your HDTV and set the input to the HDMI port your dock is connected to (HDMI1, HDMI2, and so forth). This should lead you to the Switch welcome screen. Connect to the Internet and start downloading games to play on your Switch!

Right below is a more in-depth way to go about connecting your Switch to your TV. We’ll dissect one-by-one each of the important steps.

Find the Switch Dock and Open the Back Cover

If you lost your Switch dock, you can buy a $60 replacement for it. You can also opt for third-party options available for less money. However, you can end up “bricking” or destroying your console by using an unofficial Nintendo Switch dock. Buy at your own risk.

Now open the back hinged cover of your dock. Open it to see three labeled ports—HDMI Out, USB, and AC Adapter. Connect the right cables to the right ports one by one. 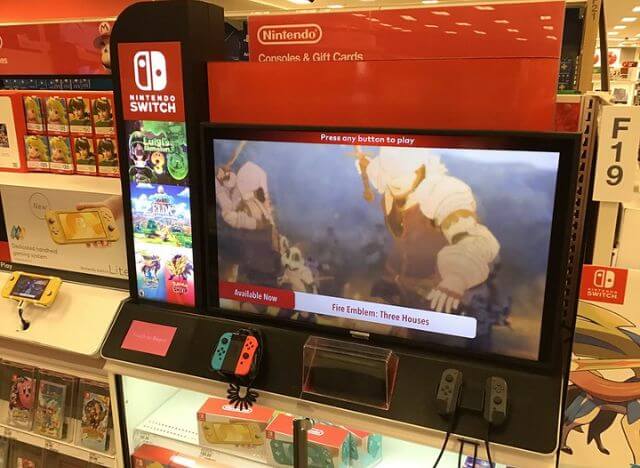 Plug In Your AC Adapter and Connect the HDMI Lead

First off, plug in your AC adapter. This is the top port. Put the other end of the plug into an electrical wall socket in order to power up your Switch dock. Afterwards, connect one end of your HDMI cable into the HDMI-Out or output port.

The other end is supposed to go to the HDMI-In or input port of your HDTV. The average TV should have about 2-3 spare HDMI ports (labeled HDMI1, HDMI2, and HDMI3 or even more). You can’t connect two HDMI-Out or two HDMI-In together—it’s supposed to be one output and one input.

Route the Cable via the Notch of the Dock

There’s a notch on your dock you’re supposed to use to route the cable and keep it out of the way of the hatch. When that’s done, you can safely close the back cover without the cables getting in the way. Now place the Nintendo Switch back into your dock.

Carefully place the Switch into its docking station. Put it into its designated slot in way that the charging port is aligned with the connector of the dock. Otherwise, the Switch won’t charge or interface with the dock properly.

Remove the Joy-Cons and Wake Up the Switch

Remove your Joy-Cons from your Switch. You’ll need those modern-day joysticks or controllers for docked play. You can put them back onto the Switch if you wish to enjoy tablet-like portable gameplay instead. Docked play is playing with the Switch like a home console, by the way.

To remove the Joy-Cons, hold the small black button at the back of each Joy-Con then gently extricate the controllers free from the sides of the Switch. They’ll charge if left attached while the Switch remains docked to allow for wireless play.

Speaking of which, you can use your controllers in order to wake up the Switch or turn it on so that you can see the welcome screen when you set your TV to the correct HDMI port.

Go to the settings of your HDTV and select HDMI1, HDMI2, or what-have-you where you hooked up your Switch dock to. This will enable you to go onto the on-screen prompts that will walk you through setting up your Switch after turning it on for the first time.

Here you’ll be told to set the language, region, and so forth. You’ll be asked to agree to the user agreement then proceed to getting an account for your Switch. You can make a “Mii” model or select from thousands of Nintendo-related profile pics. You can also set parental controls now or later.

What’s the Appeal of the Nintendo Switch Anyway?

Shouldn’t you get a high-powered console with the latest graphics engine like the Sony PlayStation 5? Or the multitude of third-party game franchises exclusively publishing on the Microsoft Xbox X-series and S-series?

What Have We Learned?

You only really need an HDMI connection in order to connect your Nintendo Switch hub or dock to your TV. It serves as a charging port and the screen (plus joy cons) can then be detached to the console so that you can turn the home console into a portable one like the Nintendo GameBoy and DS.