Home  »  How to connect   »   How to Connect Nintendo Switch to Projector? 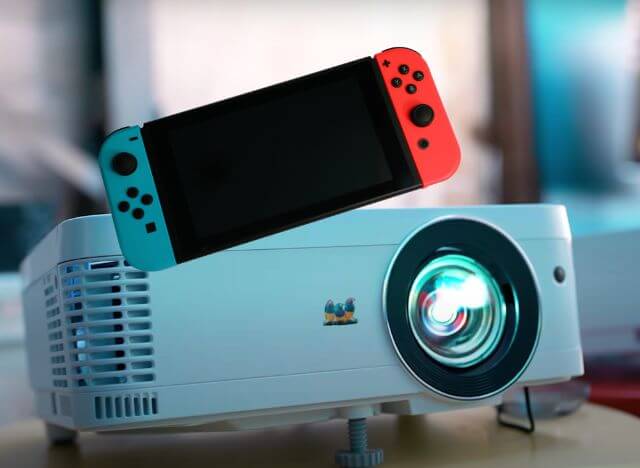 A Nintendo Switch costs around $299, which is more or less as expensive as a typical Nintendo Entertainment System back in the 1980s and 1990s. The console is only as good as its games though, so look out for special Nintendo Switch bundles with launch titles or their greatest hits so far.

It’s worth every penny for sure. So if you wish to know how to connect Nintendo Switch to a Projector, it’s actually pretty simple. Keep on reading to find out the details below.

How to Connect Nintendo Switch to Projector

The steps involved in connecting a Nintendo Switch to your projector are the same as what you need to do to connect it to your TV.

Put your Switch onto the Nintendo Switch TV Docking Station or dock to gain access to the HDMI-Out port needed to connect your HDMI cable with and to interface with the HDMI-In port of your projector.

You’ll also have to observe several other steps but that’s the long and short of it. You’ll obviously need to pull the side panel of your dock first to access the ports.

Start with the Side Panel of the Dock

Firstly, pull open the dock’s side panel. You’ll now gain access to its ports. Plug one end of your HDMI cable to the dock’s HDMI-Out port then plug the other end into your projector’s HDMI-In port. This also works on the HDMI ports of monitors and HDTVs as well as smart TVs.

The dock should be close to your projector to ensure the cable will reach the display comfortably. Otherwise, consider investing in a Wi-Fi or Bluetooth HDMI transmitter dongle to allow wireless connection to a wall-mounted or ceiling-mounted projector.

Or you could get an ultra short throw projector and have the dock beside it on its table or mount near the projector screen. 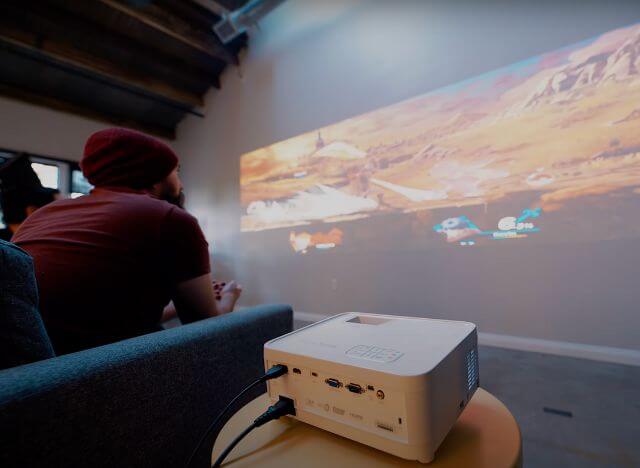 Plug the USB-C Power Cable to the AC Adapter

Plug your power cable’s USB-C end to the dock. Plug the rest of your AC adapter to the nearest electrical socket. Soon enough, the image or home screen on the tablet will show up on the projector screen if you’ve followed the steps correctly. Remove the Joy-Cons and start playing!

If you haven’t setup your Switch yet for your language and Wi-Fi connection then do so now. Otherwise, you can go straight to your games hub and pick a game you wish to play. You can download new games off of the Nintendo Store or through an SD card. 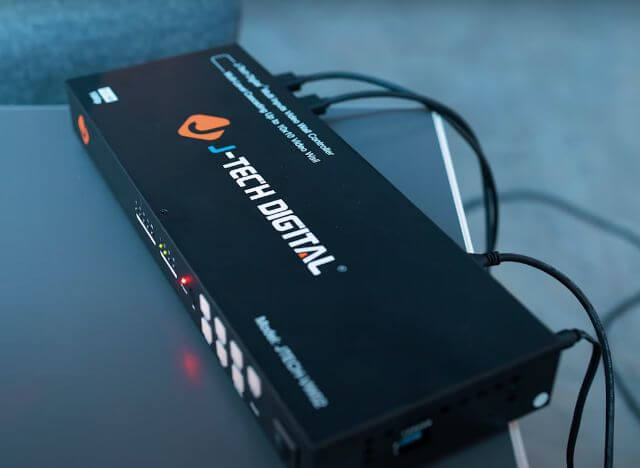 How to Charge the Nintendo Switch and Its Joy-Cons

You can charge your Switch console through the following methods.

You can charge your Joy-Cons as well. In docked mode, the Joy-Cons are charging along with the Switch tablet until you remove them from the console. If you’re using them away from the docked tablet then you’re using up their battery all the while.

You can charge these special Switch controllers by doing the following.

How Powerful is the Nintendo Switch?

Although the Switch is seemingly underpowered for a full TV game console (compared to the PS5 and Xbox X-series or S-series), it’s actually pretty powerful and high-resolution for a portable one. Compared to a PSP and the like, it’s 3-4 times the grunt of a PS3 or Xbox 360. 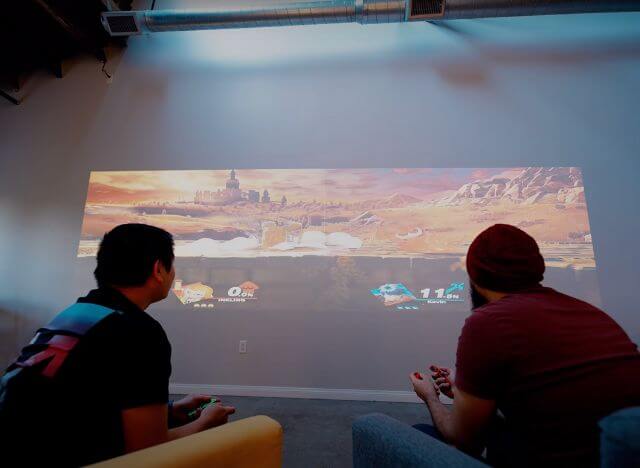 What Makes the Nintendo Switch Special

The Nintendo Switch proves that video game consoles need not be obsessed with graphical advanced and number crunching of specs in order to sell well among the masses. The thing that makes the Switch special is its game library of Nintendo-exclusive titles.

You have Super Mario Odyssey, Breath of the Wild, Mario Party, Mario Kart, and Super Smash Bros. Ultimate to look forward to while enjoying a hybrid console that you can take with you anywhere and play via wireless Joy-Con controllers or as an extra-large tablet.

Microsoft learned from this emphasis in game quality too, which is why it’s more concerned about buying developers and game companies for exclusivity deals.

Can you connect a Nintendo Switch Lite to a projector?

The Nintendo Switch Lite was designed and built for handheld use only. It does not have the hardware necessary to connect to a projector. The Switch Lite lacks any sort of video output, so it can’t send data to an external screen the way a standard Switch can.

Can you play switch on a projector?

The Nintendo Switch is a unique gaming console that offers a variety of ways to play. One of the most popular features of the Switch is its portability, which allows gamers to take their favorite games with them on the go.

Another great feature is the ability to connect the console to a variety of different devices, including TVs, computers, and even projectors. This makes it easy to set up a gaming session virtually anywhere. So, whether you’re looking for a big-screen gaming experience or a more intimate setting, the Nintendo Switch has you covered.

And best of all, you can even play your favorite games using the projector as your screen. So if you’re looking for a truly immersive gaming experience, be sure to check out the Nintendo Switch.

How do I connect a Nintendo Switch to a VGA projector?

What Else You Need to Know

The Switch can be released from its dock station and used as a standalone portable gaming device a la Nintendo DS or Nintendo Game Boy. It has one of the best screens for a mobile device and works kind of like a game tablet or Nintendo’s version of the iPad.

However, if you want a more cinematic feel when playing with your Switch as you peruse the Switch’s impressive downloadable library of games—including many exclusive Triple-A games from Nintendo itself—you can do so by connecting the docked Switch to a ceiling-mounted or mini projector.