Home  »  How to connect   »   How to Connect Nintendo Switch to Laptop? 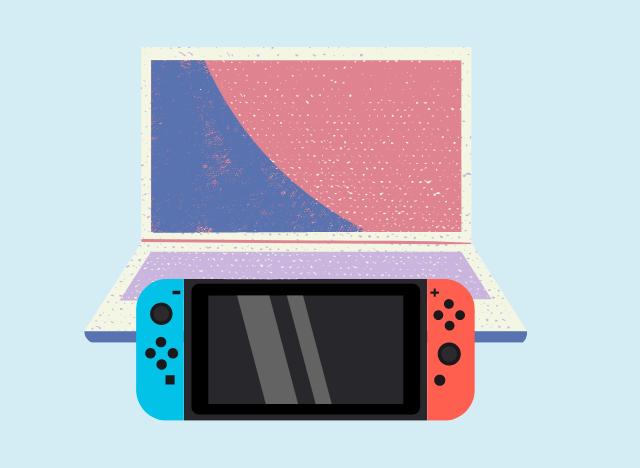 Nintendo’s current-generation game console—the Switch—is no exaggeration a game-changer for the company. It made quite a splash when it debuted as a hybrid TV game console and portable console in one that somewhat justifies how underpowered it is compared to the PS5 and Xbox X/S-series.

Connecting Nintendo Switch to a laptop and why you’d even want to do that, then keep on reading to find out.

How to Connect Nintendo Switch to Laptop

The Nintendo Switch isn’t supposed to connect to a laptop. However, there are workarounds you can use to make it all possible. To connect the device to your laptop, you can’t use the HDMI—both the Switch and the laptop possess HDMI-Out or output ports for display devices.

You therefore need something that has an HDMI-In or input port that can transform the Switch dock into something with a USB output (something that the laptop can accept as opposed to an HDMI-Out). For media players it’s an HDMI video capture device and for game consoles it’s a game capture card.

Procedures to Connect the Nintendo Switch to Your Laptop

First off, connect the Switch to your Switch Dock through the Type-C connector. Remove the HDMI cable connecting the dock to your TV or monitor. Now do the following: 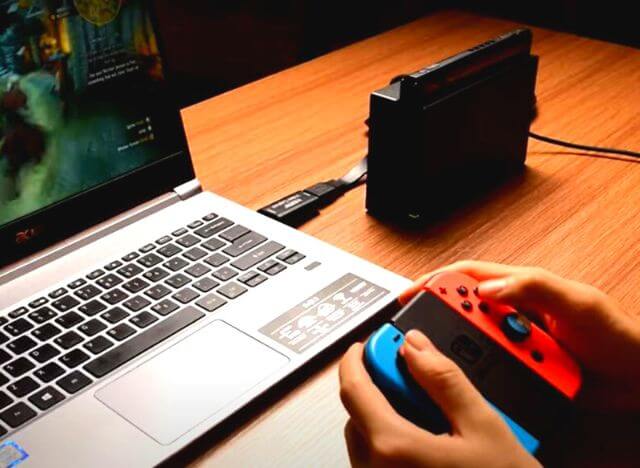 You can enjoy the best of both worlds by taking advantage of laptop or notebook PC gaming while playing with your Switch as an extra game peripheral. Depending on how high-specs your laptop is, you can end up with better graphical fidelity there than playing with the Switch alone.

To Be Honest It’s Not Supposed to Connect

Without the video capture card or device, you won’t be able to connect the Switch to the laptop naturally. They’re both HDMI-Out media player devices that you should connect to HDMI-IN display devices. Connecting them is as silly as connecting your DVD player to your VHS player. 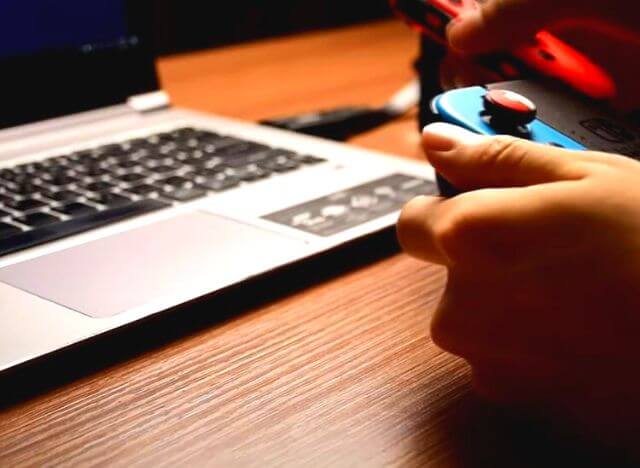 What Does the Nintendo Switch Bring to the Table?

The Nintendo Switch sold a record 103.54 million units at the time of this writing. Knowing it can’t compete with the arm’s race in graphical fidelity and technical advancements that both Sony and Microsoft have engaged in, Nintendo instead bet on their tried-and-true portable console formula. 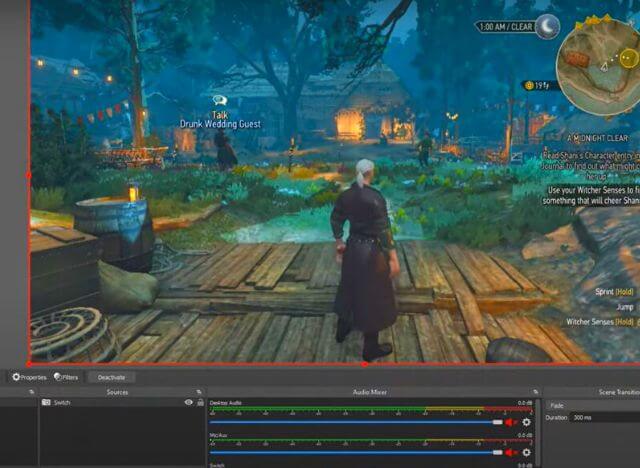 Can you connect a Nintendo Switch to a laptop with HDMI?

The Nintendo Switch is a popular video game console that is known for its portability. One of the features that makes the Switch so unique is that it has an HDMI-out port, which allows it to be connected to a TV or monitor. However, many people wonder if it is possible to connect the Switch to a laptop using HDMI.

The answer is no, you cannot connect the Nintendo Switch to a laptop using HDMI. The reason for this is that the Switch only has an HDMI-out port, which means that it can only output video signals and cannot receive any input.

What You Need to Know

After all is said and done, you should be able to play games like The Legend of Zelda: Breath of the Wild, Smash Bros. Ultimate, or the latest Mario Kart on a cinematic scale by connecting the Switch to a projector. The first-party games of Nintendo are among the industry’s best and brightest.

However, we have to be honest and say that forcing the Switch to play on your laptop is kind of redundant since you can always hook the Switch up to a PC monitor or projector anyway. You don’t even need a video capture card to do this.