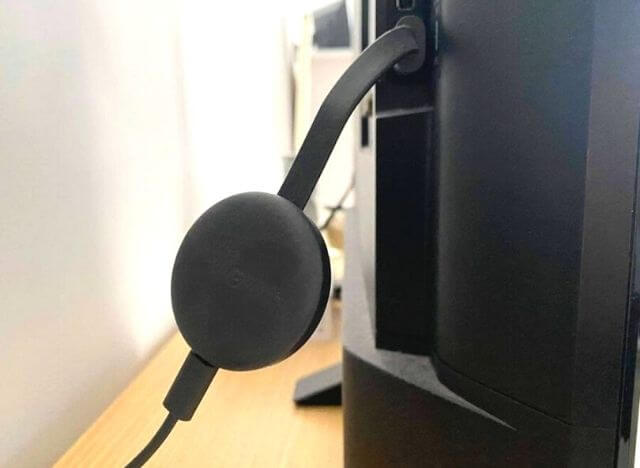 If you’re new to the world of Chromecast, here’s how you can go about connecting Chromecast to TV. Learn how to use it through this simple walkthrough.

Chromecast allows you to mirror or duplicate the screen of a smartphone or tablet to a bigger monitor or TV even if neither of the devices features the screen duplication or mirroring feature. The gadget serves as their screen mirroring medium, long story short.

How to Connect Chromecast to TV

If you wish to stream video content on different screens around your home, Google Chromecast gives you one of the cheapest and most efficient solutions to that need of yours. You might wonder how to use the device in the first place if you’re new to the tech. Here’s the deal.

If your device restarts as you’re casting, try casting the content again right from the top.

Which Devices Can Chromecast Stream to?

Even though all of Google’s supported text for the device discussing connecting the dongle to the TV, the list of supported devices for Chromecast proves more extensive than what that implies. In order for Chromecast to work, the dongle requires a USB power supply and an HDMI connection.

How to Use Chromecast on Mobile Devices

To cast the Android screen on Chromecast, open the Settings app. Go to “Connected Devices”, “Connection Preferences”, and “Cast” then choose the Chromecast device from the list you wish to cast. Make sure everything works in the same Wi-Fi network.

If you’re an iPhone or iPad owner, you can only cast content from your device to Chromecast if the app you’re using natively supports the functionality (like with Netflix). It should feature the TV screen icon for “Cast” if there’s support.

You need Replica instead of Chromecast to cast your entire iOS screen to your TV.

Connect Your Chromecast to a Wi-Fi Network

Connect your Chromecast to your local Wi-Fi network in order to properly use it for your office or home. This involves making sure the device you’re using to setup the dongle—usually an iPhone or Android smartphone—is on the same Wi-FI network as your Chromecast device.

Chromecast cannot be setup from your computer. To make this connection, you need the Google Home app from the app store of your device instead. Afterwards, navigate towards “Add”, “Setup Device”, and “New Device” then follow the on-screen instructions to setup the dongle.

How to Use Chromecast on Mac

If you wish to stream a video or your entire desktop screen on your HDTV (you can use Airplay instead with your Apple TV), then follow the process below. To wit, it involves the following steps:

How to Use Chromecast on PC

You can use a myriad of methods to cast your PC content to a television set with the help of the Chromecast dongle. All the approaches involve the Google Chrome web browser in one way or another.

Please take note that Chromecast devices only work with Windows 7 machines or later.

Why won’t my TV connect to Chromecast?

Why is my Chromecast saying no signal?

Why is Chromecast not showing up on Chrome?

You can usually see it in the top right hand corner of your browser if you’re in need of an update. All you need to do is close Chrome down and re-open it in order for the update to compete properly, and this may bring the Chromecast button back for you.

What app do I need to use Chromecast?

To set up your Chromecast, you’ll need the Google Home app (formerly the Google Cast app), available on iOS and Android.

How do I pair my phone with my TV?

How to Connect Your Phone to the TV

How do I reconnect my Chromecast to Wi-Fi?

How do I know if my Chromecast is working?

Why isn’t my TV showing up on cast?

Do you need WiFi for Chromecast?

You can use Chromecast on devices without Wi-Fi to mirror the device’s screen. However, you can’t use Chromecast’s full functionality without an internet connection from a host, as shown in the Google image below.

The Chromecast button is usually located at the top right-hand corner of the screen. It looks a lot like a Wi-Fi signal but angled to the right within a rectangular outline. The Chromecast icon should display when you open an app that is able to cast a video from your Andriod device to your TV screen.

How do I cast my phone to Chromecast?

What’s a chromecast do?

Google Chromecast is a unique device that plugs into any TV or monitor with an HDMI port, and can stream content from your phone or computer onto the big screen. You don’t have to pay any subscription fees to use a Chromecast, although you’ll still have to pay for services like Netflix and Hulu to access them.

How do you reset a Chromecast?

From the Chromecast device

You can use Chromecast to mirror screens on your television, Android phone or tablet, PC, Mac, iPad, or iPhone. If Blackberry had lasted longer than it did then Google might’ve found a way to mirror a Blackberry’s screen onto any smart TV or PC monitor as well.

You typically need to plug the Chromecast device to the TV with USB power then download the Google Home App on your mobile device to make it all work.