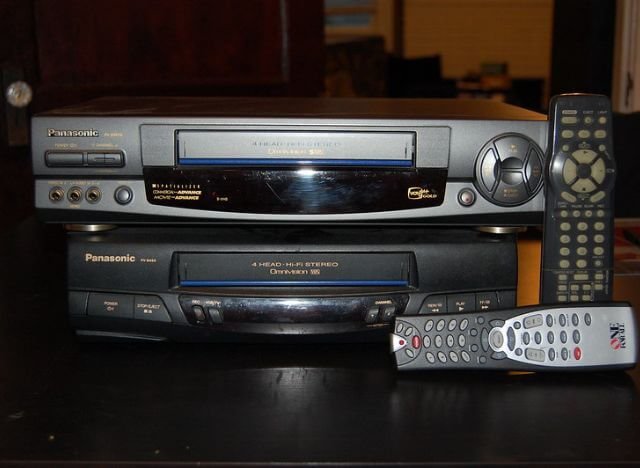 The videocassette recorder (VCR) or Video Home System (VHS) player was released back in 1976 along with the VHS cassette tape. The last set of VCRs was made back in 2012. Even before that, in 2010, Blockbuster (with their VHS/DVD rentals) declared bankruptcy.

If you want to watch movies on your TV that was taped on your VCR, you’ll need to connect the two together. The most common way to do this is with an RCA cable. You’ll need a cable that has three connectors on one end (yellow, white, and red) and three Inputs on the other. To connect the cable, simply plug the colored connectors into the matching inputs on the back of your TV and VCR. Once the cable is plugged in, you should be able to watch any movies that are stored on your VCR.

Many people have VCRs that they would like to continue using, even if they have upgraded to a smart TV. The good news is that it is possible to connect a VCR to a smart TV, with the use of a composite (RCA) to HDMI converter. This converter will allow you to connect the yellow, red, and white leads from the VCR into the input of the converter box. The output of the converter box can then be connected to an HDMI lead, which will plug into one of the HDMI inputs on the back of your smart TV. Once everything is properly connected, you should be able to watch your old VHS tapes on your new TV.

How to Connect VCR to TV

How you connect your VCR to your TV depends on your VCR or even your TV. Most VCRs have RCA cables as their AV connectors to old Cathode Ray Tube (CRT) TVs. Older flatscreens that remained boxy might make use of S-video or component video and audio cables instead. 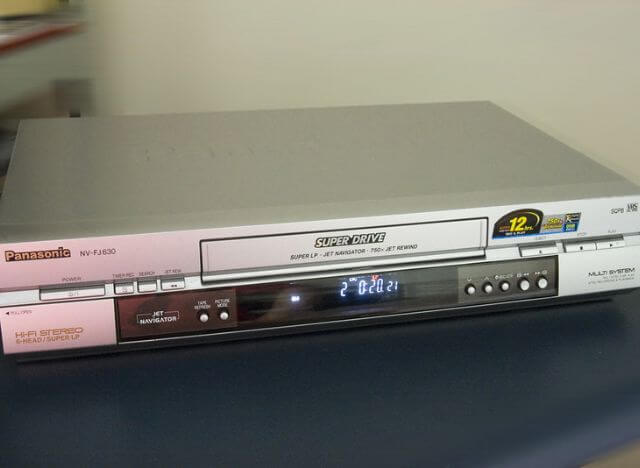 How to Connect a VCR with RCA to Modern TV

If your 2010s VCR has HDMI just use an HDMI cable to connect to a modern flatscreen LCD/LED/OLED panel TV. Otherwise, you need an HDMI adapter to connect the yellow, red, and white RCA cable connectors to the HDTV. 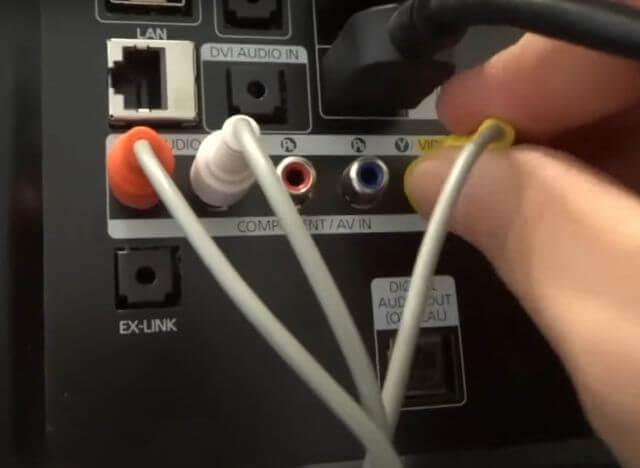 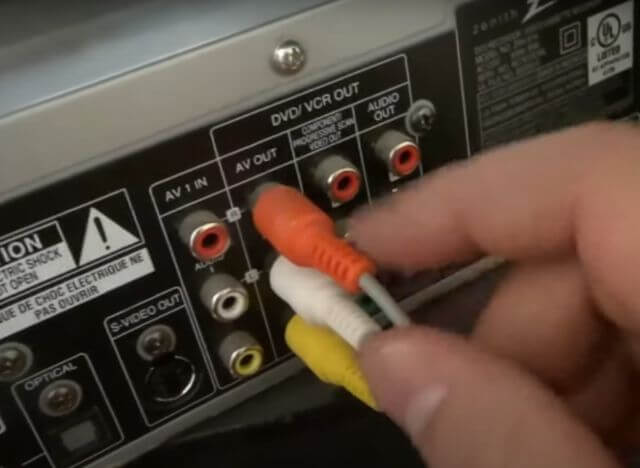 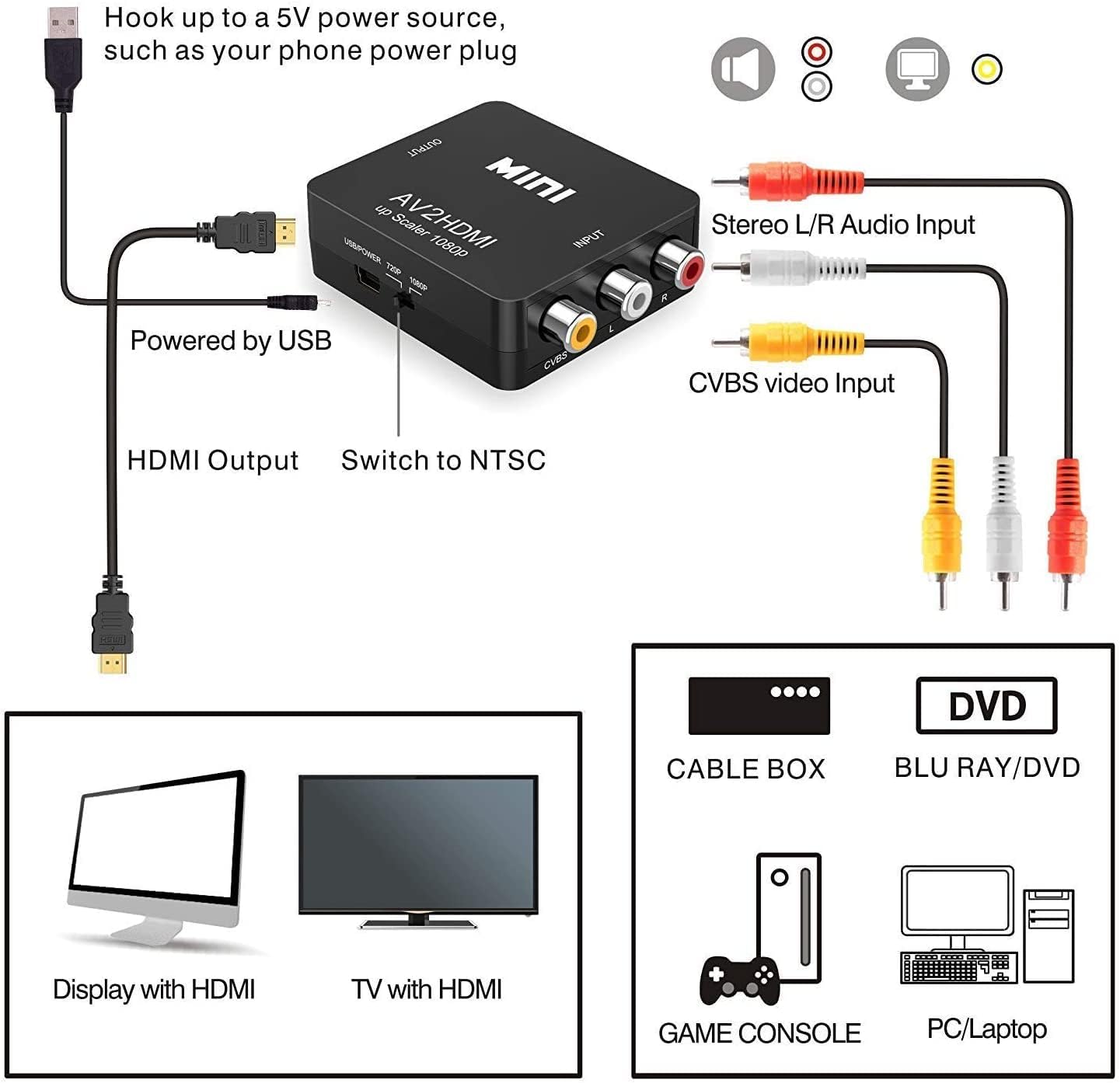 How to Connect a VCR with RCA to Vintage TV

To connect a VCR or VHS player to a vintage “boob tube” or boxy CRT TV, you’re mostly fine with the standard RCA three-pronged cable for the yellow, red, and white ports of both the TV and the VCR. If you’re using a European VCR with SCART then use a European TV with SCART in turn. 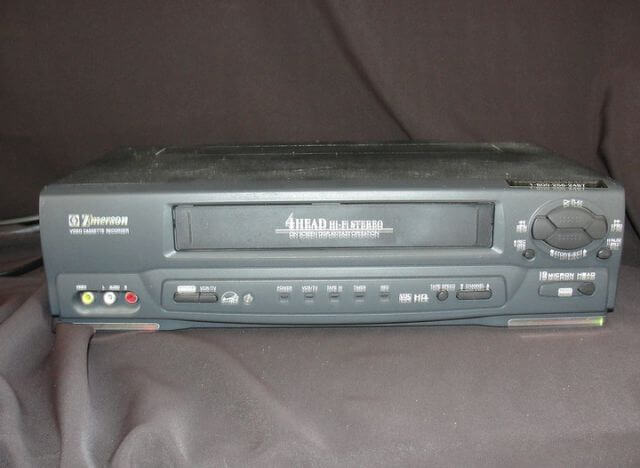 A Brief History of VCRs and VHS Tapes

VCRs can record over blank (or not so blank) tapes or play back prerecorded tapes with movies or shows on them. Back in the 1980s and 1990s, prerecorded tapes were made available for rental and purchase, thus starting the trend of people collecting tapes instead of film of movies and shows.

This ability to record and the ubiquitous nature of VHS tapes in the piracy scene allowed VCRs to win out the format wars it had against the Sony Betamax (which in many ways is superior to VHS quality-wise) and LaserDisc (which mostly thrived in Japan but not in the U.S.).

Blank tapes were also sold to consumers so that they can make recordings of TV shows or their own home videos (usually vacation videos or videos of special occasions like graduations or weddings).

What Else You Need to Find Out

The VCR is known for its ability to record over and play VHS tapes. It’s an electromechanical device that works with analog audio and video from broadcast television or some other source for recording on removable magnetic tape videocassettes or tapes. They can then play back recordings.

The act of recording a TV show to play back later like with TiVO is commonly referred to as “timeshifting” at the time. They were popular during their heyday because many people used them to record TV shows or play home-made videos recorded on home video cameras.