Home  »  Beginner Info • The Cables   »   Do Ethernet Splitters Reduce Speed or Not? 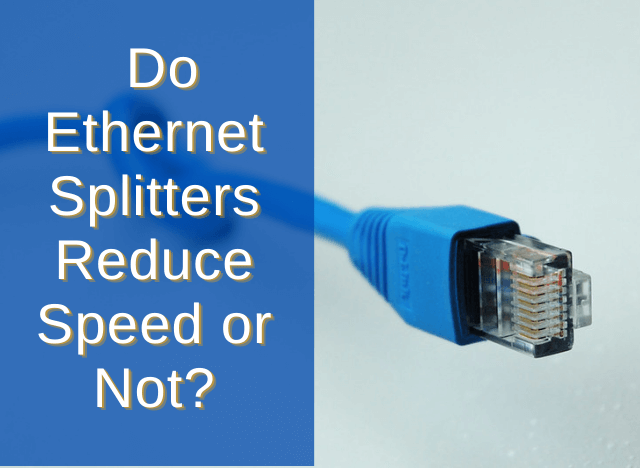 An Ethernet splitter or socket saver is an unassuming gizmo with 3 Ethernet ports—one on one side and two on the other side. Do ethernet splitters reduce speed or not? Let’s find out.

Do Ethernet Splitters Exist? How Do They Slow Down Connections?

While some claim there’s no such thing as an Ethernet splitter and there are only hubs and switches available, that’s not necessarily true. There is a splitter solution for Ethernet known as the socket saver, but it’s apparently the worst multi-device Ethernet connection solution of three options out there.

What’s an Ethernet Splitter Anyway? How Much Speed Do They Reduce?

An Ethernet splitter or the socket saver kind of adapter is something that splits the number of wires used in a Cat 5E Ethernet cable. In turn, it reduces the data throughput from 1,000 Mbps to 100 Mbps, hence the popular question, “Do ethernet splitters reduce speed?” The adapter enables you to use one cable for two Ethernet connections through a split link.

While Ethernet splitters are affordable and offer a good solution to splitting a cable connection to achieve multiple connections from a single cable, they do result in slow network traffic speed exactly because these adapters can only take 100 Mbps while they’re connected. You are further limited with only two devices per cable versus having multiple devices on an actual splitter like the HDMI splitter used in home theaters.

Additionally, an Ethernet splitter can’t increase the number of devices you can connect on the Ethernet. To make it work that way, you’ll need another splitter on the other end to unsplit or bring together the connection back into two cables. Therefore, you’re required to use two Ethernet splitters every time. 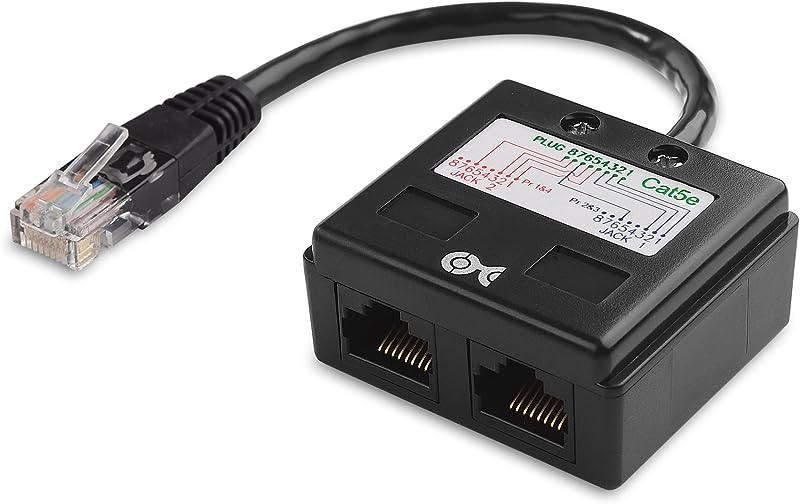 What’s an Ethernet Switch? Why is it better Than a Splitter?

There are limited applications where Ethernet splitters make sense as an option. However, the Ethernet switch is the more versatile connection splitter that’s less complicated and more effective than its socket saver counterpart.

What about the Ethernet Hub? What Does It Bring to the Table?

Meanwhile, in contrast, a hub is a vast chamber that you fill up with network traffic. It’s where the packets enter then shout in order to locate the devices they’re attempting to make a connection with. It’s vastly more ineffective than the Ethernet switch solution. To use more technical terminology, hubs can’t allow devices to send out data and receive data simultaneously.

It has to alternate between the two at any given time, leading to much slower multiple Ethernet connections, data holdups, and data collusions that hog bandwidth. Ironically, Ethernet hubs have the same appearance as switches, so when buying an Ethernet switch you need to double-check to make sure you’re getting a switch instead of a hub for your own safety.

A network cable is your best option to connect to multiple devices on Ethernet. However, if you really wish to split the same signal across different devices in an efficient way that doesn’t cause slowdown, your best bet is an Ethernet switch and your worse option is an Ethernet splitter/socket saver adapter.

As long as you’re using an Ethernet switch, the slowdown will be so slight it’s unnoticeable save for preventable saturation. The traffic congestion risk becomes higher if you use an Ethernet hub itself, which was originally the best option for network cable splitting across multiple devices. The most limited option is the socket saver or what most people think of when they talk about Ethernet splitters because that device can throttle even a 1,000 Mbps network connection all the way down to 100 Mbps and below due to its own limitations.