Home  »  The Cables   »   CTIA vs. OMTP: Similarities, Differences, and Features 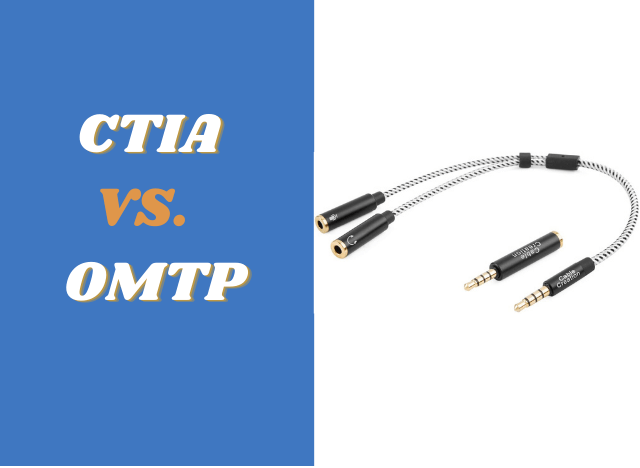 TRRS is a type of audio cable that stands for Tip, Ring, Ring, Sleeve connectors. It follows two standards, which are CTIA and OMTP. The main difference between the two is that their ground and microphone rings are switched. They might seem like the same but when you try to use Apple earbuds on your Xbox Controller, you’ll end up with horrible feedback because CTIA isn’t compatible necessarily with OMTP or even fellow CTIA connections. To be more specific, Apple headphones use CTIA TRRP connectors while the Xbox controller has a CTIA or OMTP port depending on the vintage of the controller.

Apple also uses a non-standard microphone and control signaling method though, so that might explain the further discrepancy despite its use of the CTIA standard. Regardless, in the debate of CTIA vs. OMTP, which one is better?

The important thing about the 4-channel 3.5 mm TRRS connectors for smartphone headsets that you should realize is that they’re three types of them and they’re incompatible with one another because they switch up ground with microphone rings. Technically, it’s two types for CTIA and OMTP, but a third type has emerged due to Apple shenanigans.

Modern smartphones typically use headsets with four-conductor points/bands on the TRRP connector. These connectors typically use two channels for stereo audio out, one for the microphone, and one for signaling or ending the call. With that said, TRRP is divided into 3 standards—AHJ/CTIA, OMTP, and CTIA (Apple).

OMTP is an older type of TRRS used for cellphones and early smartphones. CTIA or AHJ is the current standard for anything that’s not Apple-related. Apple also makes iPhone-specific headsets and audio accessories under the CTIA standard, but they’re practically OMTP when hooked up to non-iOS devices. If you’re not using Apple devices it’s best to avoid any iPhone-specific accessories as much as possible. It’s better to go for AHJ for newer phones and OMTP for classic or vintage phones you’re still using.