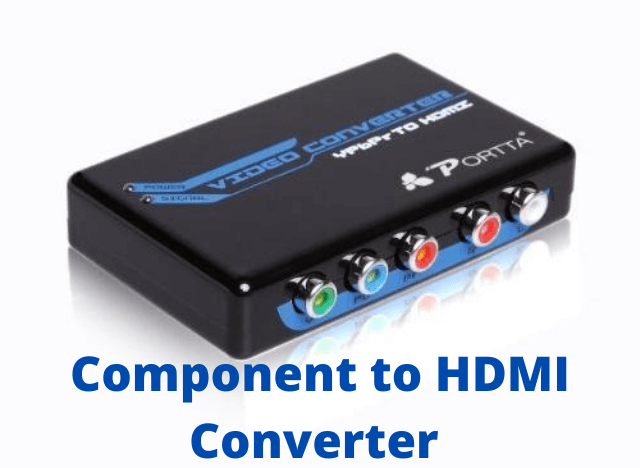 Why would you need a component to HDMI converter for the Wii anyway? First off, the Nintendo Wii is a best-selling console of its generation back in the 2000s that beat the Sony PlayStation 3 and the Microsoft Xbox 360 in terms of sales (even though the PlayStation 2 remains the best-selling console of all time). It’s a motion-based kind of game console that uses motion detection for you to control the player character or various games, mostly mini-games involving sports such as Wii Sports.

In regards to HDMI, the original Nintendo Wii had no HDMI port while (ironically) the Wii Mini re-release only had HDMI and no component ports. If you wish to play the original Wii on a modern HDTV or smart TV, you’re required to get a converter for it. What’s the best component to HDMI converter for Wii? It might be the Portta N3CVRHP Component to HDMI Converter, but don’t take our word for it! Try it for yourself.

What to Look for in HDMI Adapters and Converters

HDMI conversion is important when playing the classic Nintendo Wii on newer TVs. It’s not so much a problem with the Wii Mini and the Wii-U, since both have the opposite problem of lacking ports for component video TVs. Regardless, you should pay close attention to which converter you choose. 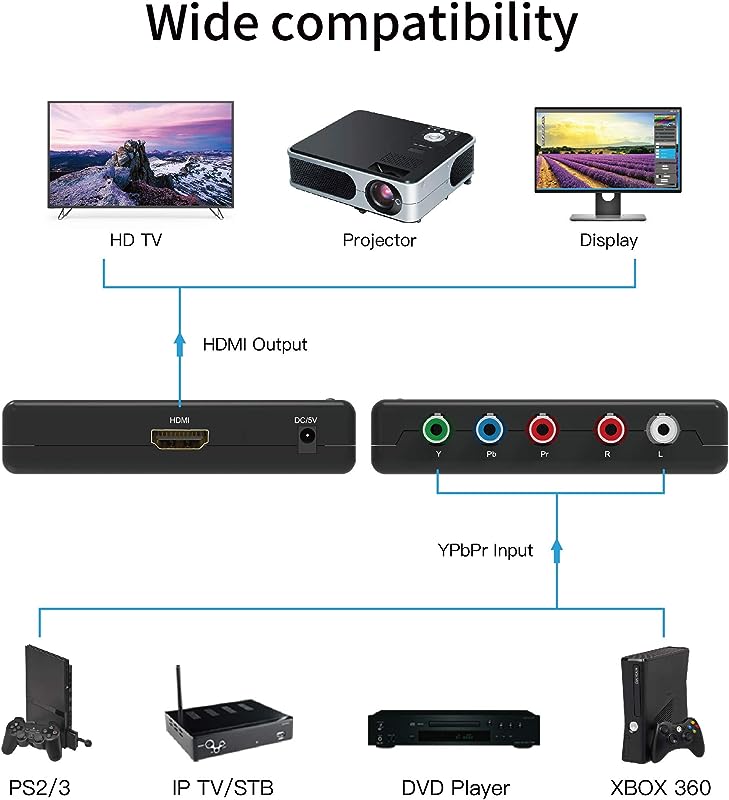 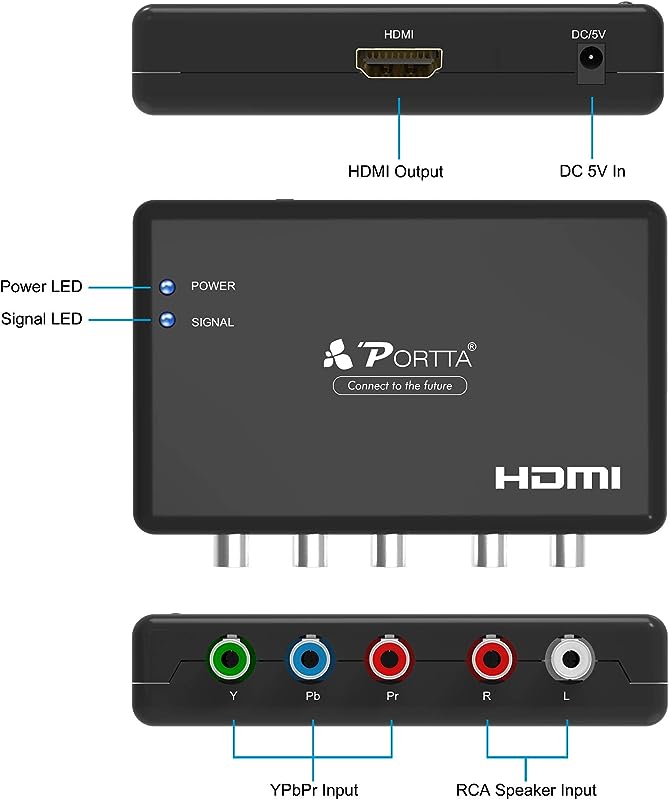 The Verdict on Component to HDMI Conversion

You can’t just pick up any converter out there. You should avoid adapters because they cause more problems than they can solve. A converter is more complete with its conversion prowess while an adapter is more limited in its applications. Additionally, switching to HDMI will help your Wii playing out quite a bit even if you don’t care about special features or higher resolutions (that basically just stretch or zoom into the Wii’s native 480p resolution anyway).

Going from analog to digital assures you of a more solid connection with fewer imperfections, signal loss or attenuation, and consistency across the board. This is important when playing the Wii so that you can focus more on your movement and making full use of the game console’s motion control gimmick. It is still rather shocking that a game console in the same 7th generation as the PlayStation 3 and Xbox 360 would have such comparatively low-grade hardware and lack of an HDMI port.